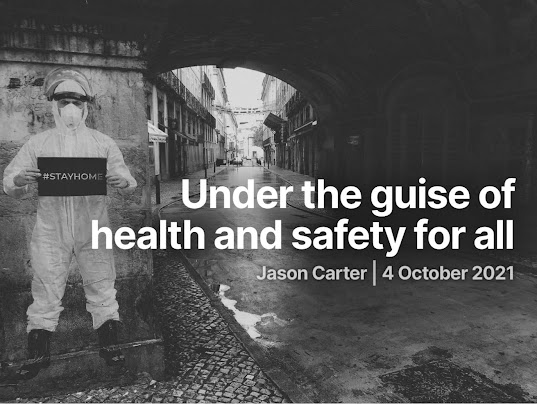 Over one million Israeli citizens had their Green Pass revoked Sunday because they refused to take the third booster shot sparking protests. Access to public places and gatherings will be denied for these dissenters.

From the initial lie early 2020 of a few weeks to flatten the curve, to what quickly accelerated into a global health dictatorship, the biggest human rights abuse in history continues to unfold upon our world — and this is only the beginning.

Israel being a test country for the tyrannical Great Reset, as is Australia with its brutal and shocking descent into a police state, along with Italy too who boasts one of the strictest vaccine mandates in the world. Entering restaurants, toilets and public places, and even the hospital are now being prohibited for those without big brother authorisation through a vaccine passport. I was turned away from a restaurant when I could not show my medical status. But far more disturbing, a cancer sufferer here was denied access to the hospital for their regular treatment because they are unvaccinated. Even the vaccinated are turned away from the hospital to visit vaccinated patients. This is clearly not about health.

Access to the Vatican and Vatican City is now only possible for those with a vaccine passport. It is only a matter of time before Catholics are prohibited from attending mass and exercising their right to freedom of religion. Unless of course they are granted permission to do so by the state via a medical procedure that they state does not protect or prevent transmission.

The supermarkets in Ischia are now mandating the vaccine for all staff — no jab, no job. The people know that it won’t be too long before purchasing food will only be possible through the draconian passport. Prime Minister Draghi has publicly stated his intention to mandate the jab for all. Many Italians who refuse to submit to the totalitarian advances of the state have already fled the country, while others are making plans to do so.

The Pope, an ardent proponent of the discriminatory and anti-Christian system held a Vatican conference in May 2021 in order to advance it to his followers. Heralding the merger of technology with humanity, of which the vaccine was a key component, participants Dr Anthony Fauci, the CEOs of Moderna and Pfizer and others pushed the global vaccine rollout while proclaiming a connection between religion and state health. Francis has chastised his adherents, explaining they are selfish to refuse the experimental jab. The Vaticans position is the same — ‘It is a persons moral responsibility’ to get the jab. As the religious overtones continue unabated the procedure becomes more akin to an initiation ceremony into a global religious health cult where the unvaccinated are to be shunned as selfish, immoral sinners destined for hell.

It is a procedure that has no long term safety data and has left a trail of death and disability in its wake. The so called cure is deadlier than the disease. All this of course is denied by the culpable MSM and the ‘independent’ fact checkers funded by Gates, Big Pharma and others. Despite this inconvenient truth, it has to be said that the vaccine has worked well. It along with all the other pandemic paraphernalia including the muzzle-mask is the largest financial victory in history for the Big Pharma Behemoth. So also has it been a great success for the masterminds behind this massive crime against humanity as global power finally falls into their blood-drenched hands.

The so-called vaccine is the first of its kind using mRNA technology of which the inventor warns something has gone badly wrong. But no one concerns themselves with such trivial announcements by key experts in the field. They only harken to the nonsensical ramblings of sociopathic politicians who haven’t done a real days work in their entire lives, as they systematically destroy the livelihoods of everyone in their nation.

Other notable scientists and virologists sound the alarm too, only to find themselves censored — their facts lost in a sea of scientific misinformation. They are ridiculed at every turn by the mainstream media presstitutes. They are mocked by once humorous comedians now turned cringeworthy specimens of a fanatical system televising outlandish vaccine propaganda shows. Bring on the glittering syringe-clad dancers, jigging hypnotically up the isles to a catchy little ditty ‘Get the Vaccine’, as a mind-numbed audience claps on in robotic unison totally oblivious to their enslaving overlords. 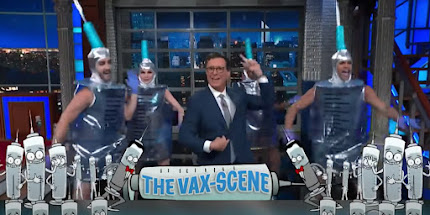 A two tier society has been created by instilling fear into the populace by focusing on a conveniently horrifying kind of death through suffocation. We are even told that it would have been far worse for those who died with Covid if they had not been double-jabbed. Ask yourself, what could be worse than death? We are surely living in the twilight zone — a dystopian world of fantastical illusion where nothing is questioned and everything preached by the MSM is the gospel truth.

It is a virus that has around a 99.8% recovery rate for most categories of people, one that is being measured more by cases than actual illness. In other words ‘asymptomatic’ — a new term according to ex-Pfizer boss Michael Yeadon, and one clearly invented to cover for the fraudulent PCR test kits that give off false positives in order to inflate the numbers. Countries and regions are shut down because of a case here and there. Perfectly healthy people are either quarantined or barred from everyday activities. ‘Be afraid. Be very afraid’, states the millions spent on marketing the pandemic. “Stay at home”, say our leaders. In other words, cower in fear. Breaking the peoples will through psychological conditioning and instilling a subconscious surrender and submission to the state is nothing new. It works every time. “Save lives!” is the mantra — you otherwise selfish excuse for a human. Meanwhile families are destroyed, mental health issues soar and suicides skyrocket, with more suicides in Japan during their first lockdown than Covid deaths. Police pepper-spray and beat desperate workers merely trying to feed their families. A thuggish law enforcement kick and spray the elderly fallen in the streets, armoured vehicles trundle through the city as rubber bullets whizz through the air and bloody the foreheads of those defending their freedoms in scenes reminiscent of Communist China’s Tiananmen Square. But this is a so-called western democracy — imprisoning the innocent, censoring journalists, manufacturing an economic collapse in order to reset it, a medical apartheid rolls out across the earth dividing and conquering a wearied and confused people, and the list goes disturbingly on.

Through a corrupt anti-Democratic, pro-Communist United Nations and its agency the World Health Organisation, a scientific dictatorship rises under the guise of health and safety for all. With a WHO director general with a terrorist past, is it any wonder that terror is the prevailing tool being used to roll out this Great Reset upon our world?

A mass pushback is about to kickoff, the like of which the world has never seen. It will coincide with the global elites predicted dark winter. It is time to hold on to our seats, strap ourselves in for the ride, and look completely up to God. It will be bumpy, but with Christ by our side we will not be shaken.

God bless you all.

Jason Carter reporting from Rome where 200,000 people came out in protest against the Green Pass 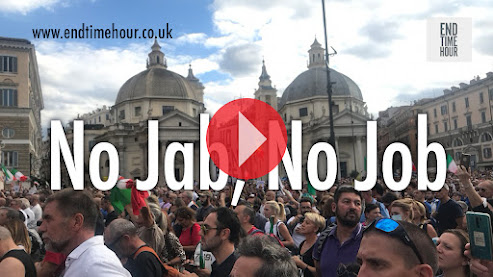 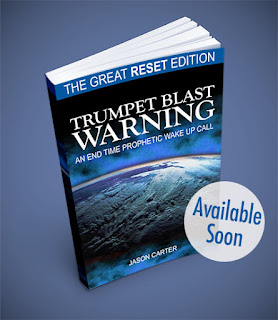 Truth Teller said…
I recently put a short podcast series together on Globalism, Transhumanism, Technocracy and the Biblical Worldview with a friend of mine. Was wondering if you might be interested. I began preaching on the streets last November. I'm looking for like minded Christians who have come out of Churchianity and are rising up to speak out.
www.lifequesttruth.com click three lines top right, select podcast, then session 1 of Globalism talk.
Nigel Mohammed
Soli deo Gloria ( Glory to God alone) We overcome the accuser by the blood of the Lamb, and the word of our testimony and love not our lives unto death.
4 October 2021 at 14:04 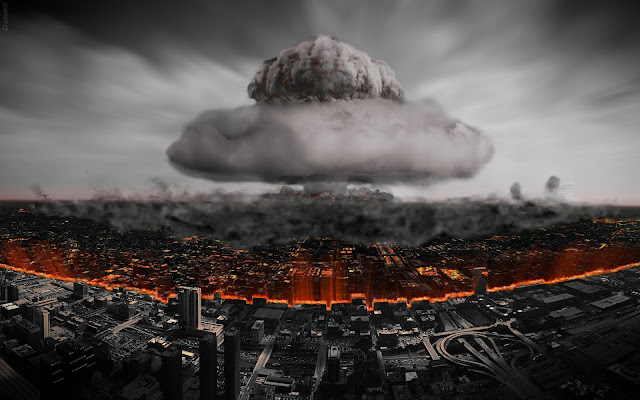