Old Order Rising I journal all my warning dreams and visions. I recorded the following on my phone notes, 27 July 2012. Considering global events I am sharing this one in detail today for prepping and praying. I stood alone on a dark, foreboding autumnal roadside. Towering above, leafless trees loomed. Their naked claw-like branches arching a threatening canopy over the night passage.  As I looked, something like an aged stone tomb sunken into a leafy forest floor came into view. Amid this moss and ivy covered mystery I saw an epitaph-like inscription   chiselled into the pitted stone. I could not decipher the Cyrillic text but recognised it immediately. It was Russian.  Now the nighttime path zoomed back into view.  As I squinted into the darkness I saw two huge stone statues hand-in-hand ambling silently toward me. In an effort to id entify these ghostly figures I looked up into their carved faces.  I instantly recognised them.  It was former premiers o f the Soviet Union, Vladimir
Post a Comment
Read more

Be Still! God Fights For You 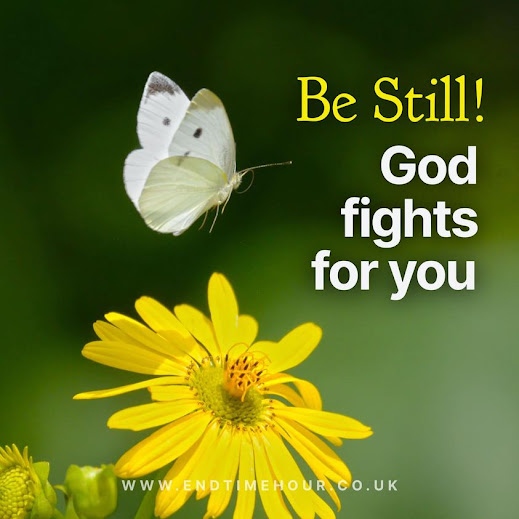 Be Still! God Fights For You In these days the Lord wants to empower us to live just as Moses did – to have the same spiritual inclination.  Our Heavenly Father wants us to stand tall in the face of the Pharaonic spirits that taunt us into believing we are incapacitated and in bondage again to fear.  We are reminded in Ephesians 6 that we fight not against the physical realm, but against the dark spiritual forces engaged in battle against us that exist in the heavenlies.  We are clearly told in 2 Corinthians 10 that we have been given the weapons to fight in this spiritual arena. They are not carnal. They are not man made. They are spiritual weapons. They are Christ weapons.  God's weapon pulls down strong arguments that rage against the heart and every evil imagination of the mind. It imprisons those thoughts of the mind and makes them submit in obedience to Christ. With this spiritual reality in mind, begin to rise up in Christ Jesus and stand in total trust, faith and confidence
Post a Comment
Read more

True FAITH that makes unshakeable no matter what 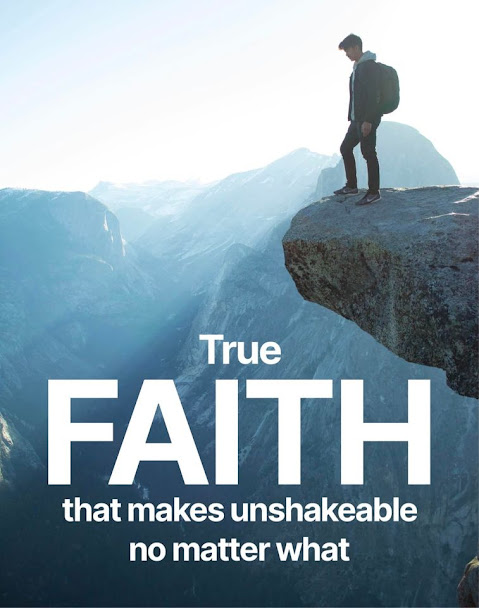 What is it to have faith?  Some believers think it is a power obtained by God, like a force or something like electricity that can somehow be harnessed through prayer.  In order to activate faith some believers shout authoritatively into the air or try positively confessing a good outcome despite wavering on the inside. Still others try focussing the mind on the answer in the hope of producing a result.  Some believers waste time wondering how much or how little faith they have, thinking by having more of it they will increase their  chances of seeing a supernatural intervention into their situation. Some believers wonder if their healing is dependant on having more of this powerful commodity. They defeatedly sigh, “If only I had more of this power then healing would take place”.  Some believers ask God for more faith but don’t receive as they imagine. They wonder if they are just not spiritual enough like other believers. It leaves them feeling like a second class Christian.  For some
Post a Comment
Read more

Putin: "Everything is a Lie." 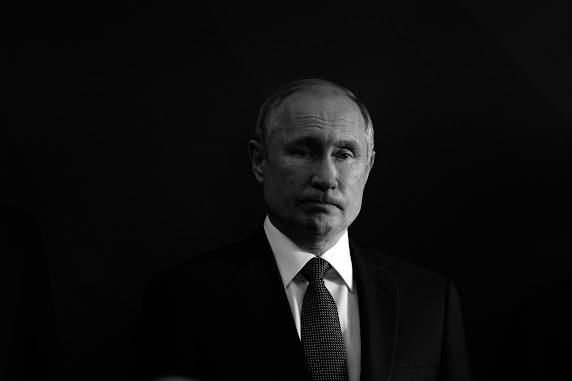 DISCLAIMER:  I am totally against the war. I do not support any politician or any side. Putin: "Everything is a Lie." Last night I  met Vladimir Putin in  a vivid dream encounter.  In a dank and darkened room I stood in a circle of eight men and women all dressed in casual apparel. A single dusty lightbulb glowed dimly upon the silent unknown gathering with all heads bowed toward the stone floor of this disused warehouse.  Sat to the left of the group on a lone black leather couch   Putin  stared out  disinterested  into the darkness . He wore a black suit and tie with a white shirt. Although clearly visible the people were completely oblivious to Putin's presence in the room with them. The silence was broken by a man in the gathering;  "Everyone is consulting the wrong journals for answers. This is as pointless as turning to medical information for military advice. There can be no answers."  I  enthusiastically  replied ;   "I had been thinking the exact t
Post a Comment
Read more

No entry without Green Pass' 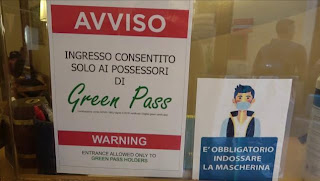 No entry without Green Pass' This afternoon I went to one of the few places the unvaccinated are still allowed to enter — the supermarket. As I walked through the streets it was disturbing to see the flagrant discrimination boldly plastered on many store fronts 'No entry without Green Pass'. Unlike France, Australia, Canada, the U.K. and other nations where hundreds of thousands have taken to the streets in regular protest against the mandatory medical procedure, Italy’s protests have been fewer, resulting in what is now one of the most draconian countries in Europe.  Home to the authoritarian Catholic religion and globalist puppet Pope Francis who has secretly met with Pfizer CEO on a few occasions and with Melinda Gates at the Vatican, and who calls the vaccination 'a moral obligation', it is no wonder that liberty cannot flourish here. It has resulted in the removal of basic human and God given rights by an unelected EU stooge Mario Draghi who holds great sway ov
1 comment
Read more

I will not bow 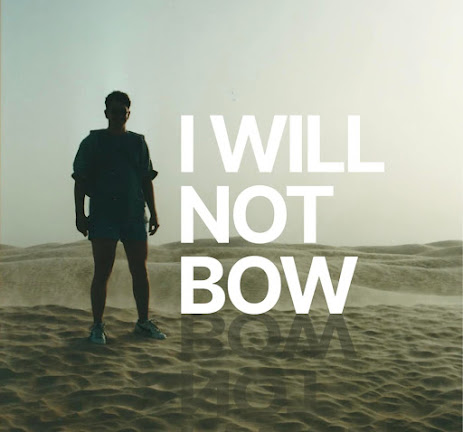 I will not bow In a world of lies and spiralling deceit I will fight for truth and righteousness to the death and it may just come to that.  I will never trust godless politicians or the mainstream media above a holy God and His Word.  I couldn’t care how many don’t go with me. I don’t care who believes I am deceived. Why would I care for the opinions of TV soap watching, Netflix subscribing Christians who think going to church is following Christ? What discernment would they have to judge me?  I will gladly look like a deceived fool to a sleeping world or a snoring church who takes their truth from the very system they should be utterly apposed to and who have allowed wicked government into God’s holy house. As a believer I will never adulterate myself for a single second by partaking in the sinfulness of this world by engaging in television, for by it believers prostitute themselves to the gods of this age and are utterly deceived by it.  I will not listen to anyone but God and those
Post a Comment
Read more
More posts